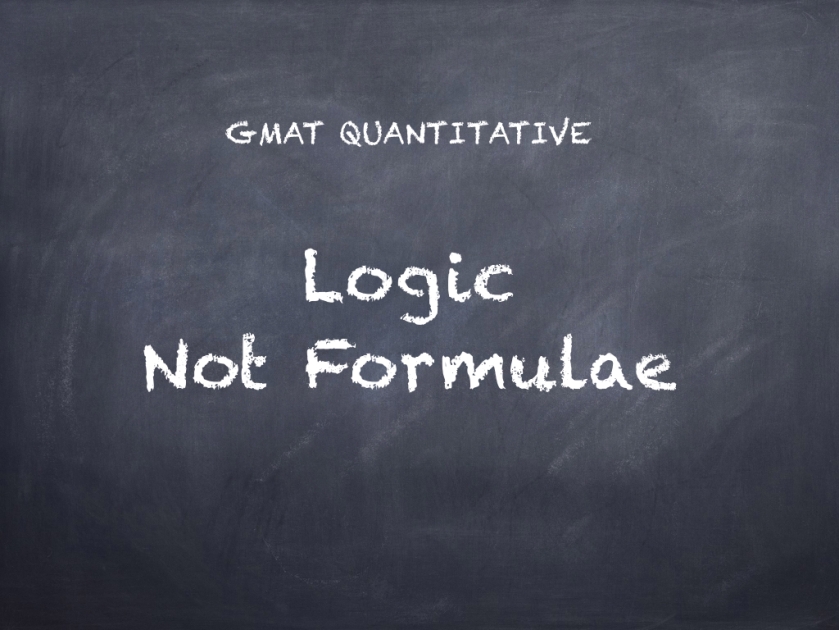 A lot of test-takers feel that like for other tests for the GMAT Quantitative as well they need to learn a lot of formulae. They often come and tell us they are revising all the formulas in the last few days before the test; nothing could be more superfluous since very few GMAT problems actually test your knowledge of formulas apart from problems involving Geometry.

What is evaluated your ability to reason in a quantitative context as this question from the Official Guide (OG) illustrates.

If s and t are positive integers such that s/t=64.12, which of the following could be a remainder when s is divided by t?

Many test-takers are flummoxed by this problem because they do not know what to do with it! They quickly realize that there is no formula they can apply and that they only have their wits to rely on.

So how does one approach it?

So the only way to solve this problem is by using answer options but not before understanding the problem.

Hence, the remainder which could be one of the 5 answer options has to be of the form .12t.

Where do we go from here? It always makes sense to go back to the question stem and check if there is any information you have not used so far.

The question stem tells you that s and t are integers.

We will be discussing a few more problems like this in our forthcoming posts. In the meantime test-takers would be better-off wearing their reasoning hats than their quant hats!