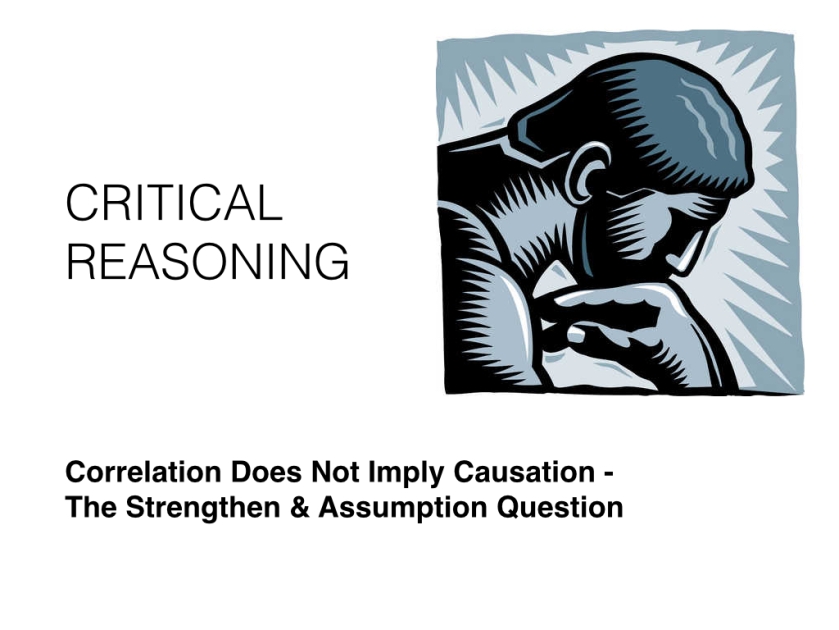 In the previous two posts, we saw how Weaken-Type Critical Reasoning questions based on correlation-causation passages can be solved in under a minute.

Just to summarize, X and Y are correlated does not mean X is causing Y since

So based on arguments that conclude that X is causing Y since X and Y are correlated, Assumption and Strengthen questions can also be asked.

Assumption Type: The assumption is that Y is not causing X.

The researcher’s conclusion depends on which of the following assumptions?

In this particular study, researchers have found that immune-system activity (X) is closely related (correlated) with mental health (Y). Based on this they concluded that X is causing Y.

In doing so that the researchers have assumed that Y is not causing X. So, all one needs to do is identify the option that shows the same, in this case option D; the rest of the options can be eliminated straightaway.

Suppose we have to strengthen the researchers’ claim, we again have to choose the option which says that Y is not causing X.

So for both Assumption and Strengthen question based on correlation-causation we have to choose that option that says there is no reverse causation or in other words Y does not cause X.

All the questions discussed on these posts are from the GMAT Official Guides and the GMAT® Prep Software.