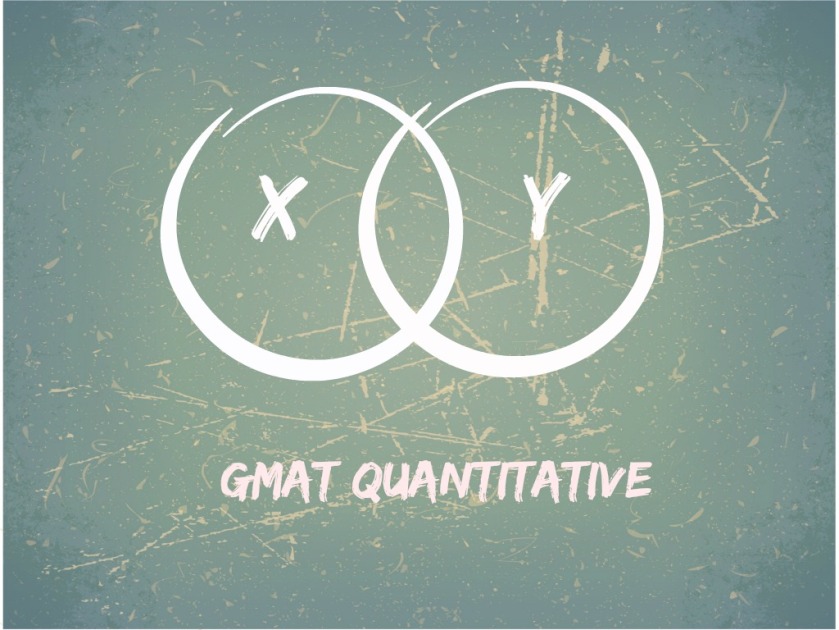 Problems involving Venn Diagrams do make a compulsory appearance on the Quantitative section of the GMAT® . But oftentimes it makes a lot of sense to treat these problems like logical reasoning problems rather Venn Diagrams. In fact in some cases you might not need to draw any diagram at all! The GMAT® problem below is the best illustration of the same.

DIRECTIONS: Each data sufficiency problem below consists of a question and two statements, labeled (1) and (2), in which certain data are given. You have to decide whether the data given in the statements are sufficient for answering the question. Using the data given in the statements plus your knowledge of mathematics and everyday facts (such as the number of days in July or the meaning of counterclockwise), you are to option

One of the first instincts of test-takers on encountering such a problem is to draw two intersecting circles or a two by two matrix to represent the data.

On the GMAT the standard method might result in lost time as the test always leaves the door open for you to think logically about the information at hand rather than follow set patterns.

Therefore if 4% of the number of French-studying (F) students is equal to 16 or .4F=16 and F = 400. The question only says that the number of students studying Japanese is at least 100, which can be greater than or less than 400. Hence, (1) alone is insufficient to answer the question.

Statement (2) says that 10% of the students who study Japanese also study French.
Therefore, students who study both French and Japanese are equal to
4% of French-studying (F) students and
10% of Japanese-studying (J) students
In other words, .04F = .1J, this means F has to be greater than J.
Hence the question can be answered using (2) alone.

So, it can be seen that there is no need to draw Venn Diagrams at all for this problem!

• Refrain from drawing anything while reading the question
• Draw the first diagram, if necessary, after reading the first statement
• Draw a separate diagram for Statement (2) so that information from Statement (1) is not carried over; this results in test-takers choosing option (C) assuming that both statements are required

Remember, Venn Diagrams are just a way of representation and logic precedes representation. The common theme running throughout the GMAT Quant will be logical reasoning since aptitude cannot be plugging values into formulas!