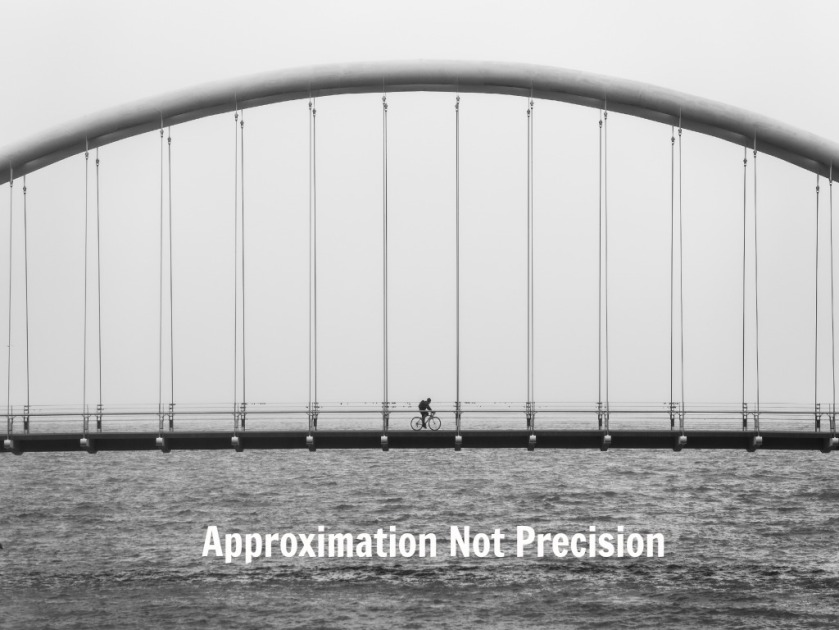 On the GMAT it is very likely that test-takers will encounter problems that involve pure approximation. The key to solving these problems is to be aware of two things:

A. The answer need not be calculated precisely
B. Eliminating incorrect answer options might be the best solution

The GMAT questions below are good examples of how to solve such questions.

We start off solving the problem taking out common terms so that we can reduce the fraction. By taking 10² and 10³ common from the numerator and denominator respectively, the fraction becomes

From this point on test-takers have to realize that it is not possible to precisely calculate the value of this fraction and the only way out is to ignore values that will make it easy to approximate.

The best way to approximate is by ignoring the -1 in the numerator as well as the denominator. This reduces the fraction to 10ˆ6/10(10ˆ4), which is nothing but 10.

Even though the problem does not explicitly state that the value of M has to approximated, it is evident from the answer options that approximation has to be way forward since 3 out of 5 options give a range rather than a precise value.

Such problems sometimes tend to throw test-takers off-guard but that is precisely because they forget the fact that they are supposed approximate and use answer options. Another reason why these problems end up becoming tricky is that when faced with such problems test-takers try to solve these problems the traditional way —  using some algebraic manipulation rather than approximating values.

Once you start doing this such questions will barely take 30 seconds, freeing up time for tougher word problems.