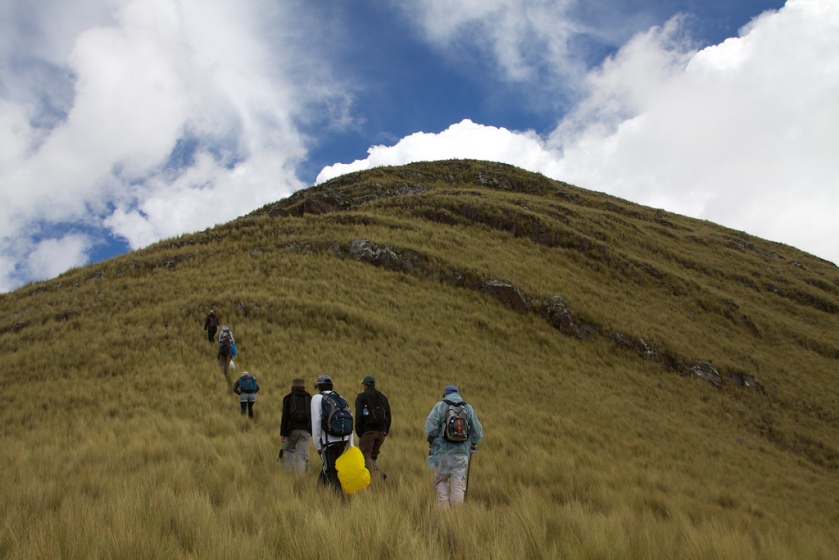 In this post we will take up a tough GMAT RC and execute the strategies covered in the previous posts.

How to read a GMAT Reading Comprehension passage

Jon Clark’s study of the effect of the modernization of a telephone exchange on exchange maintenance work and workers is a solid contribution to a debate that encompasses two lively issues in the history and sociology of technology: technological determinism and social constructivism.

Step 1: Identify the topic and the main argument being explored

What is the topic of the passage?

What does the first sentence say?

Suppose I say this book is a great work to understand the debate between economic growth and income disparity. What will I then talk about?

Similarly in this passage the topic is John Clark’s study.

What is the argument?

The rest of the passage will be elaborating

If you are able to correctly identify the topic and argument of the passage, almost half of the RC battle is won.

Clark makes the point that the characteristics of a technology have a decisive in influence on job skills and work organization. Put more strongly, technology can be a primary determinant of social and managerial organization. Clark believes this possibility has been obscured by the recent sociological fashion, exemplified by Braverman’s analysis,that emphasizes the way machinery reflectssocial choices. For Braverman,the shape of a technological system is subordinate to the manager’s desire to wrest control of the labor process from the workers. Technological change is construed as the outcome of negotiations among interested parties who seek to incorporate their own interests into the design and configuration of the machinery. This position represents the new mainstream called social constructivism.

Step 2: How is the main argument extended or elaborated in the succeeding paragraph?

This paragraph introduces one of the main ideas of John Clark — he believes SC has obscured TD and become more accepted than TD.

The constructivists gain acceptance by misrepresenting technological determinism:technological determinists are supposed to believe,for example, that machinery imposes appropriate forms of order on society. The alternative to constructivism, in other words, is toview technology as existing outside society, capable of directly influencing skills and work organization.

Step 3: Tracking the relationship between paragraphs to identify a passage map

How is this related to the previous paragraph?

Clark refutes the extremes of the constructivists by both theoretical and empirical arguments. Theoretically he defines “technology” in terms of relationships between social and technical variables. Attempts to reduce the meaning of technology to cold, hard metal are bound to fail, for machinery is just scrap unless it is organized functionally and supported by appropriate systems of operationand maintenance. At the empirical level Clark shows how achange at the telephone exchange from maintenance-intensive electromechanical switches to semi-electronic switching systems altered work tasks, skills, training opportunities,administration,and organization of workers. Some changes Clark attributes to the particular way management and labor unions negotiated the introduc-tion of the technology, whereas others are seen as arising from the capabilities and nature of the technology itself. Thus Clark helps answer thequestion: “When is social choice decisive and when are the concretecharacteristics of technology more important?”

Step 4: Tracking the relationship between paragraphs to identify a passage map

How is this related to the previous paragraph?

The author’s own opinion is limited to a few statements revolving around one argument – John Clark’s study is crucial in better understanding the debate between TD and SC.

All the arguments are made by John Clark, Braverman or Social Constructivists.

Knowing where to go to look for specific things

The primary purpose of the passage is to

(A)  advocate a more positive attitude toward technological change

(D)  challenge the position of advocates of technological determinism

What is the author concerned with?

Options A, B, D and E all say that it is the author who is advocating, discussing, challenging or suggesting.

But is the author putting forth any of the arguments about the debate between TD and SC? NO.

So the only answer option possible is C.

Even if you did not understand the arguments put forth by John Clark, if you had paused after the first paragraph and identified the topic and the argument, you could have answered this question correctly.

Which of the following statements about the modernization of the telephone exchange is supported by information in the passage?

(A)  The new technology reduced the role of managers in labor negotiations.

(B)  The modernization was implemented without the consent of the employees directly affected by it.

(C)  The modernization had an impact that went significantly beyond maintenance routines.

(D)  Some of the maintenance workers felt victimized by the new technology.

(E)  The modernization gave credence to the view of advocates of social constructivism.

Only option C is supported by the information in the passage.

Which of the following most accurately describes Clark’s opinion of Braverman’s position?

(A)  He respects its wide-ranging popularity.

(B)  He disapproves of its misplaced emphasis on the influence of managers.

(C)  He admires the consideration it gives to the attitudes of the workers affected.

(D)  He is concerned about its potential to impede the implementation of new technologies.

(E)  He is sympathetic to its concern about the impact of modern technology on workers.

Clark is AGAINST Braverman’s analysis (second paragraph), refuting it in later paragraphs. Options A, C, D and E are thus straightaway ruled out, leaving us with the right option — B.

The information in the passage suggests that which of the followin-g statements from hypothetical sociological studies of change in industry most clearly exemplifies the social constructivists’ version of technological determinism?

(B)  All progress in industrial technology grows out of a continuing negotiation between technological possibility and human need.

(D)  Most major technological advances in industry have been generated through research and development.

(E)  Some industrial technology eliminates jobs, but educated workers can create whole new skills areas by the adaptation of the technology.

If it is a long question, you have to understand what the question is asking before you jump to the options; half of your job will be done if you define what you need to look for. Otherwise you will just be going back and forth between options.

Which of the HYPOTHETICAL (EXAMPLES OR PARALLEL SITUATIONS) sociological studies of change in industry EXEMPLIFIES (IS AN EXAMPLE OF or ILLUSTRATES) SC’s view of TD?

If you do not do this exercise there is no point trying to even answer this question.

Firstly, what is SC’s view of TD? Where is it given? We have to go to the third paragraph

So you need to choose and option that ILLUSTRATES that machinery imposes appropriate forms of order on society. The only option that does this is option A.

The information in the passage suggests that Clark believes that which of the following would be true if social constructivism had not gained widespread acceptance?

(A)  Businesses would be more likely to modernize without consider -ing the social consequences of their actions.

(B)  There would be greater understanding of the role played by technology in producing social change.

(C)  Businesses would be less likely to understand the attitudes of employees affected by modernization.

(D)  Modernization would have occurred at a slower rate.

(E)  Technology would have played a greater part in determining the role of business in society.

Again you have to deconstruct the question first

So what is SC’s argument? SOCIETY influences TECHNOLOGICAL CHANGE?

The only options that can be considered are B and E but E is incorrect as it says that TECHNOLOGY would influence ROLE OF BUSINESS IN SOCIETY. Hence, B.

According to the passage, constructivists employed which of the following to promote their argument?

(B)  Citation of managers supportive of their position

(C)  Construction of hypothetical situations that support their view

(E)  Descriptions of the breadth of impact of technological change

This is given in paragraph 3 — The constructivists gain acceptance by misrepresenting technological determinism. Only option D states this.

(C)  engage in speculation about the motivation of determinists

Whenever a question refers to a particular phrase you need to read the whole sentence of which it is a part, may be even the sentence preceding it.

The phrase are supposed to is used to highlight the fact that it is a misrepresentation. Only option A states this.

Which of the following statements about Clark’s study of the telephone exchange can be inferred from information in the passage?

(A)  Clark’s reason for undertaking the study was to undermine Braverman’s analysis of the function of technology.

(B)  Clark’s study suggests that the implementation of technology should be discussed in the context of conflict between labor and management.

(C)  Clark examined the impact of changes in the technology of switching at the exchange in terms of overall operations and organization.

(D)  Clark concluded that the implementation of new switching technology was equally beneficial to management and labor.

(E)  Clark’s analysis of the change in switching systems applies only narrowly to the situation at the particular exchange that he studied.

Only option C is supported by the information in the passage.

I hope this guided practice set was useful in improving your understading of the process to crack GMAT Reading Comprehension. The key lies in reading by pausing between paragraphs to generate a passage map, differentiating between the author’s opinion and those of others, reading the longer questions properly before reading the options and treating the options like CR options.

Please let me know, via the comments, if there are passages from the GMAT Official Guide that you would like me to take up for more of such guided practice exercises.