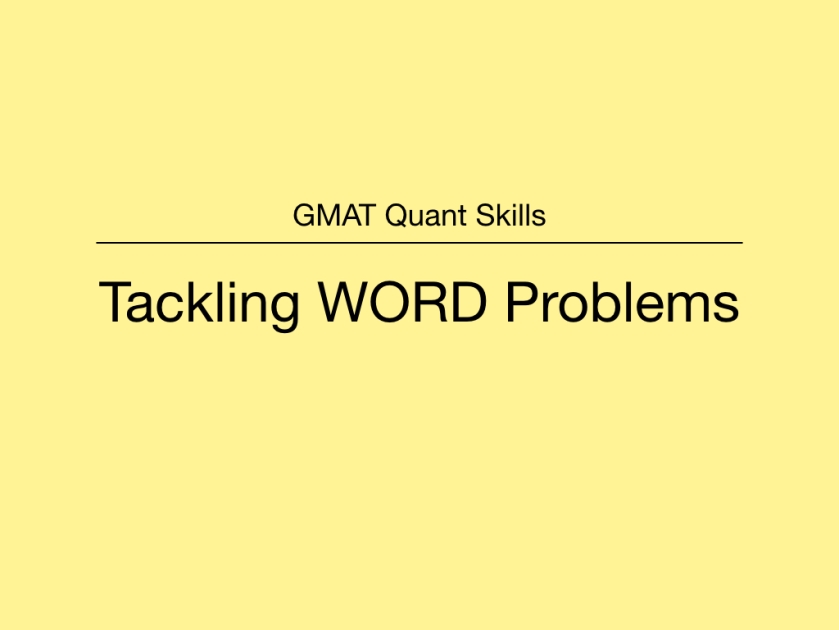 One of the big reasons why the those who have good language skills do well on the GMAT is that even the Quantitative section has a lot of English comprehension. The Quantitative section of the GMAT has quite a few Word Problems or problems involving barely any symbols and lots of language in both the Problem Solving and the Data Sufficiency formats. This is especially challenging for non-native speakers of English who take the test since they tend to put English and Math or Verbal and Quantitative skills into separate compartments. Asian test-takers, especially those from India, are used to thinking of Math problems in terms of notational or algebraic language rather than English. So the skill to convert English into either Logic or Algebra is something that test-takers have to master if they aim to score a 50 or more on the Quant section. This post will deal the steps involved in mastering this skill and solving these seemingly lengthy problems faster.